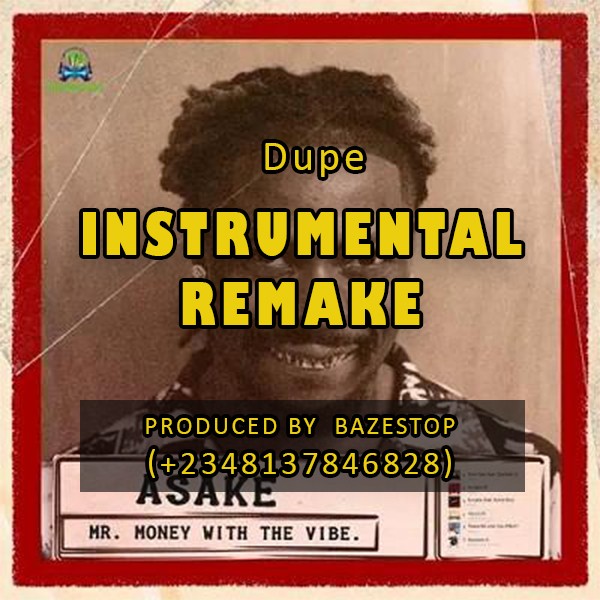 Remove Vocals From Any Song Online

Asake dupe instrumental free beat is now available for free download. Asake took the world by storm when he released his new 2022 album, titled Mr. Money With The Vibe. it instantly became a hit with the album topping charts in almost all african countries. Asake is a talented music artiste that quickly rose to fame immediately olamide signed him into the ybnl record label. Previous to his label signing, asake has been releasing songs but they didnt get traction. Olamide brought him to limelight and it has been good all through.

This is a 2 in 1 beat containing 2 different instrumentals with the first an instrumental only beat while the second is an open verse beat with hook.

Wizkid – Bad to me (Instrumental Freebeat) – Prod By Ghs Beatz

Download Instrumental: Wizkid – Bad to Me (Prod by Workwithwhimzy)